Two cities of the same fate, Cagayan de Oro City and Naga City have seen their fair share of devastation caused by natural hazards in the past. Today, they lead the way in building resilient systems to change their tales from victims to victors of disasters.

Behind the pristine white sand beaches, rich history and cultures and hospitable communities, the cities of CDO and Naga are no stranger to increasingly deadlier typhoons and earthquakes because both cities are located in the Cagayan River Basin and the Bicol River Basin, respectively. 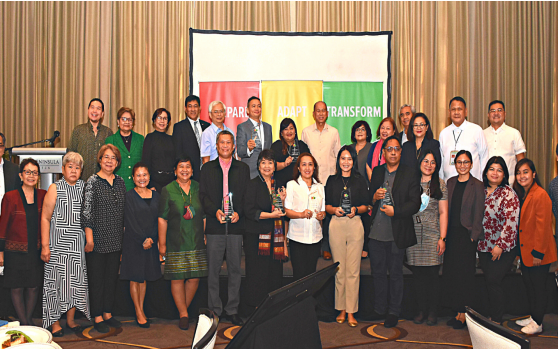 Representatives from the National Resilience Council and SM Prime Holdings together with former government officials, members of the Zuellig Family Foundation, and partner LGU constituents from Cagayan de Oro City and Naga City

But that story has changed since the National Resilience Council (NRC) placed the two cities under its Adopt-A-City program which opens up opportunities for LGUs to partner with the private sector. Naga and CDO partnered with SM Prime Holdings, one of the leading property developers in Southeast Asia that is committed to providing safe and sustainable spaces for its stakeholders.

Mr. Hans T. Sy, SM Prime Chairman of the Executive Committee and concurrently Co-Chair for the Private Sector of the NRC, explained that the partnership is as important to the company as its long-standing focus on sustainability and disaster resilience. “Participating in this program and supporting our local government units and like-minded companies to advocate for resilience are crucial to making this program more successful,” Mr. Sy says.

NRC’s Adopt-A-City Program is a city-specific partnership model responding to the Philippines’ commitments under the Sendai Framework for Disaster Risk Reduction, the advancement of the Sustainable Development Goals, the agreements on Climate and the New Urban Agenda. 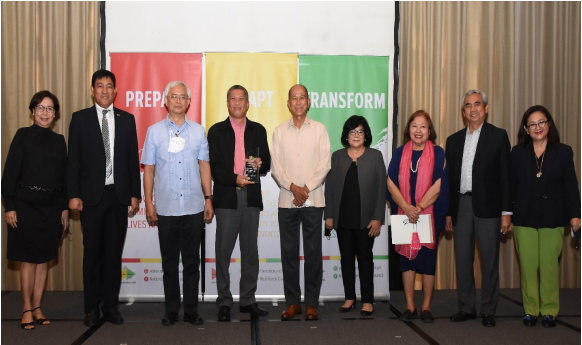 Amid massive damage caused by Tropical Cyclone Sendong in 2011, the city chose to focus forward and decided to finally address the recurring disasters by strengthening its disaster risk management system, and, in the process, strengthen its resettlement program, redefine health and education governance, and managing their solid waste and water resources more efficiently.

The city resettled the survivors of TC Sendong and even awarded land titles to ensure security of tenure of the affected families. This was complemented with programs to ensure their health and well-being, as the LGU also upgraded its key health facilities and opened its own Center for Emerging and Re-emerging Infectious Diseases to efficiently monitor, and thus prevent, dreaded diseases.

The city also prioritized its education and environmental programs with the construction of school buildings, upgrade of the TechVoc Institute, as well as a PhP152.7-million investment in equipment and training. It was also among the first to implement a ban on single-use plastics and converted an old dumpsite into an eco-park. In addition to a water lab, it also launched Project Lunhaw, a climate adaptation program, and Hapsay Sapa Waterways Management Project, a model waterways rehabilitation project that has received the Asian Townscapes Award from the United Nations Human Settlements Program (UN-Habitat). 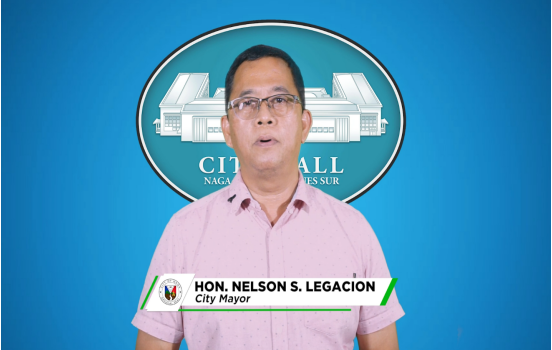 In early December 2019, Typhoon Tisoy (Kanmuri) severely battered the regions of CALABARZON, MIMAROPA, V, and VIII. In the Bicol region alone, its provinces Albay, Sorsogon, and Naga City were placed under a state of calamity because of the widespread devastation in agriculture, livestock and fisheries that reportedly reached several millions of pesos.

And just as Naga City and other affected regions were recovering from the onslaught of Tisoy, the World Health Organization (WHO) declared on March 11, 2020 that the COVID-19 outbreak was a pandemic. Forced to craft individual strategies for the abrupt return of Metro Manila residents to their home provinces, City Mayor Nelson S. Legacion immediately mobilized a response strategy which included economic recovery. “This ensures available assistance through formal and non-formal financing channels for small businesses to further secure people’s livelihood and help the local economy,” he explained.

Naga City reformed previous solutions, enhanced metrics and tools to better adapt to the evolving challenges compounded by the pandemic. It operationalized its very own molecular laboratory to enhance local testing and provided business stimulus loans to micro and small businesses, which intended to help the city to learn to live with the virus while focusing on economic recovery. And like CDO, it invested more in health systems and resilient centers.

Shaping a better and brighter future

After two years under the NRC and SM Prime intervention, both Naga and CDO cities have officially moved on to the last stage of the three-phased Adopt-A-City Program. Having met the objectives for the Prepare and Adapt phases, the two cities are now transitioning into the Year 3 Transform phase which will allow substantial progress towards resilience. “This transition highlights the capacity and institutionalization of our partnerships,” Mr. Sy said in a speech at the NRC Colloquium in March 2022. “Year 3 would be monumental as our efforts would bear fruit, producing good and lasting solutions from an open collaboration that can be improved over time.”

As optimistic as he is about the future of the two cities, Mr. Sy is also confident that the Philippines is transitioning into a stronger nation: “We are now living in the ‘better normal’, as I prefer to see it. We see that more Filipinos are aware of the importance of living sustainably and keeping resilient during these crucial times.”