realme continues its reign as the country’s best-selling smartphone brand. According to the most recent sell-in report of research analyst firm International Data Corporation or IDC, the realme brand is now on its sixth consecutive quarter of being number one in the Philippines, with a 21.8% total market share. 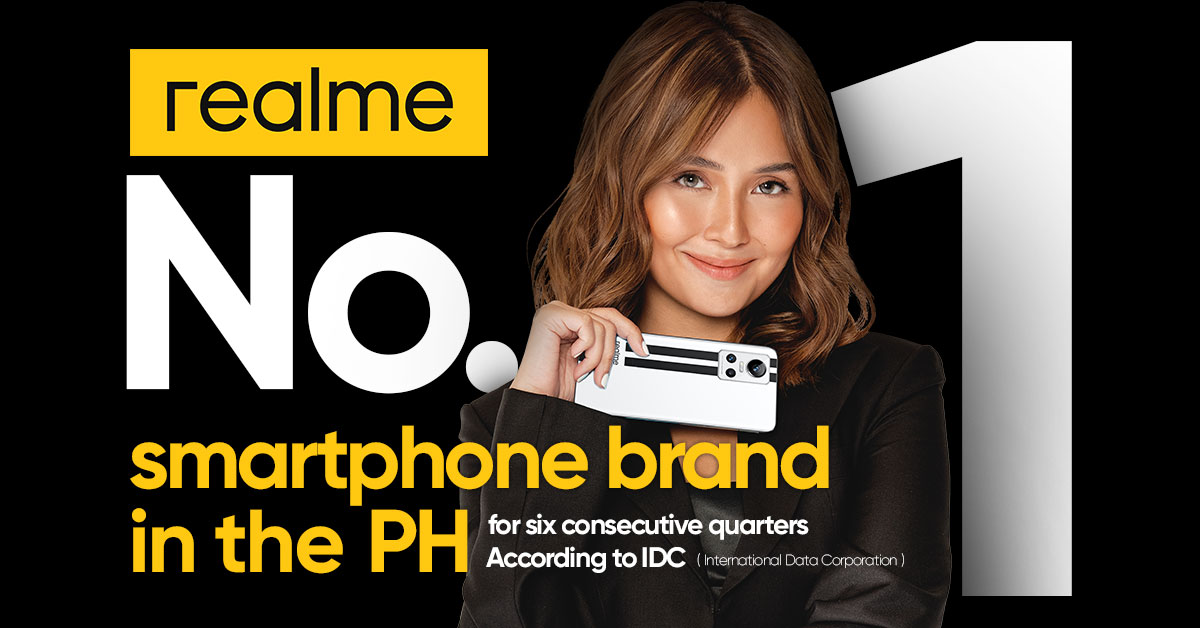 Further cementing its position in the Philippine market is the Canalys sell-in report as of August 2022, which lists realme Philippines as the number one smartphone brand for Q2 2022, with a total unit share of 20% across all vendors present.

“Despite the global decline in smartphone shipments this year, realme Philippines stands strong in the face of adversity,” announces Austine Huang, VP for Marketing.

“We are backed by our Filipino customer base, and in return we commit to offer them stylish, quality smartphones and TechLife products at fair, competitive prices. realme remains loyal to its fans, and we’re glad that this back-to-back Number One announcement from IDC and Canalys coincided with the realme FanFest 2022 celebration.”

The realme FanFest 2022 was a month-long campaign guided by the #DareToBeYou movement, realme’s rallying call for the Filipino youth to embrace their true selves and pursue their inner passions. It expanded realme’s affinity to four key pillars relevant in today’s digital landscape: Sports, Content Creation, Entertainment, and Entrepreneurship. 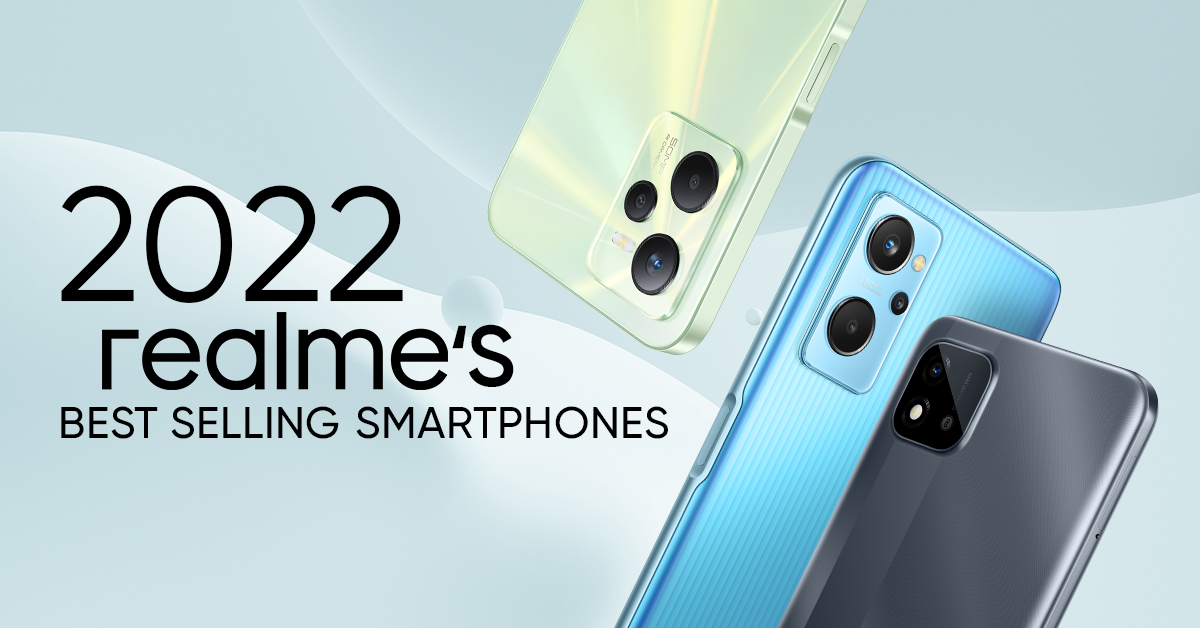 “At the forefront of realme’s lineup of trendsetting smartphones are the 9 series and C series. For the first half of 2022, the realme 9i, realme C11 2021, and realme C35 have been the local fan favorites,” added Austine Huang.

The realme 9i encourages fans to Capture More while Charging Less. Pegged as the battery powerhouse of the realme 9 series, the realme 9i comes packed with the power-efficient Qualcomm Snapdragon 680, along with a 5,000mAh massive battery,  33W Dart Charge, a 50MP AI Triple Camera, and a 90Hz Ultra-smooth Display. It charges from 0% to 100% in just 70 minutes. Suggested retail price at PHP 11,990.

Meanwhile, the realme C11-2021 is a stylish smartphone that’s proven to be a well-rounded contender in the entry-level category, at only PHP 4,999. The model is known for its eye-catching colors: Iron Grey and Lake Blue. It is also equipped with 3-card slots to accommodate two SIM cards and one MicroSD card, expandable up to 256GB.

Finally, the realme C35 is an iconic crowd favorite with a number of sold-out records under its belt, for both online platforms and offline stores nationwide. It’s a Chic and Classy model that combines a modern, squared-off look with an Ultra Slim Design. At only 8.1mm and 189 grams, the C35 is the thinnest and lightest C series smartphone yet, packing a punch with its 50MP AI Triple Camera and an 8MP Sony IMX355 Selfie Camera. Suggested retail price at PHP 8,499. 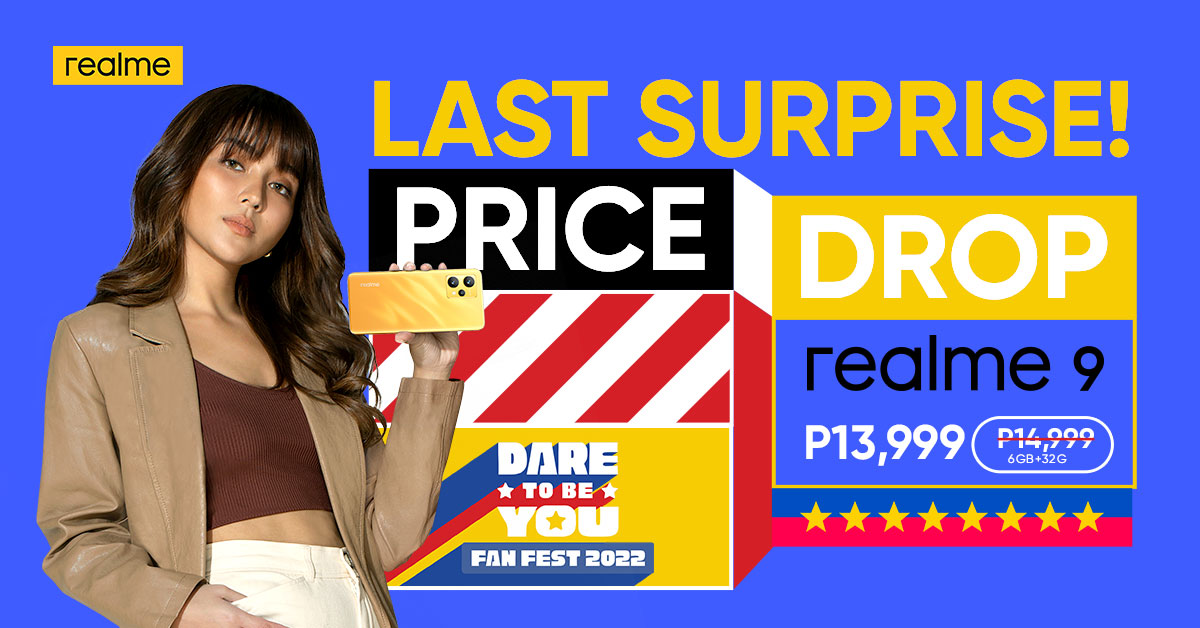 Onto greater heights this September

In celebration of the recent milestones, realme Philippines dares to leap once again by giving back to its ever supportive realme fans. Starting September, the realme 9 (6GB+128GB) will be available for only PHP 13,999 across all platforms, down from its original Suggested Retail Price of PHP 14,999.

To further expand its e-commerce presence, realme Philippines will also be opening its official Zalora store very soon. The said store will not only feature realme smartphones, but also the entire AIOT and TechLife ecosystem which consists of laptops, tablets, audio, wearables, and home appliances. This expansion is in line with the recent announcement from IDC wherein realme ranked in the Top 5 of tablet brands used by Filipinos, as of Q2 2022.

To learn more about realme Philippines and get updated on the latest discounts and other deals this coming 9.9, check out the realme Official Stores on Lazada, Shopee, and TikTok. For more information, follow the official realme Facebook page, or visit the official realme website.