As a company that cares for the planet, leading health, wellness, and beauty retailer Watsons is always looking for opportunities to make a positive impact on its customers and the communities. 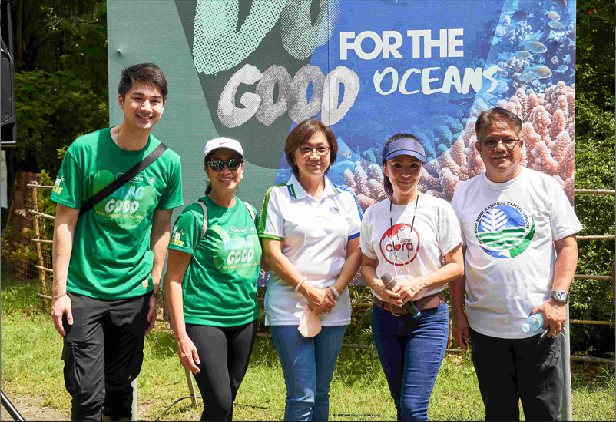 The environment is a big concern for everyone. In line with this, Watsons Philippines partnered with CORA (Communities Organized for Resource Allocation), a non-profit organization dedicated to creating sustainable programs to help solve global issues, including climate change and plastic pollution, for a coastal clean-up activity in the Las Pinas-Paranaque Critical Habit and Ecotourism Area (LPPCHEA).

The activity, which is in support of International Coastal Clean Up Day, brought together Watsons employees and suppliers to collaborate for ocean clean-up. It hoped to raise awareness and inspire the volunteers to make changes in their lifestyles. For instance, because some of the collected waste during the activity was plastic bottles, the volunteers noted how important it was to bring a reusable tumbler for drinking. 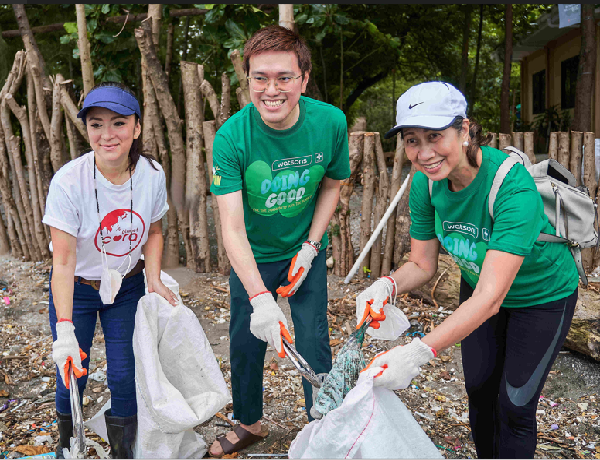 Mismanaged waste ends up in our oceans and shores, resulting in pollution and the endangerment of marine life. Ocean trash is not just dangerous for animals but also for humans. Plastics, for instance, never fully disappear; they just break down into smaller, and smaller pieces called microplastics. These microplastics can enter the human body through inhalation and absorption and accumulate in organs (source: UN Environment Programme). Because of the pandemic, there has also been a rise in waste coming from plastic bottles, face masks, plastic bags, Styrofoam, cutlery, and straws (source: UN Environment Programme).

The coastal clean-up activity was conducted in the Las Pinas-Paranaque Critical Habit and Ecotourism Area, a group of structures in Las Pinas that helps to communicate to the public the importance of conservation and wise use of the mangrove and other wetland areas in the 175 hectares that make up a protected area. 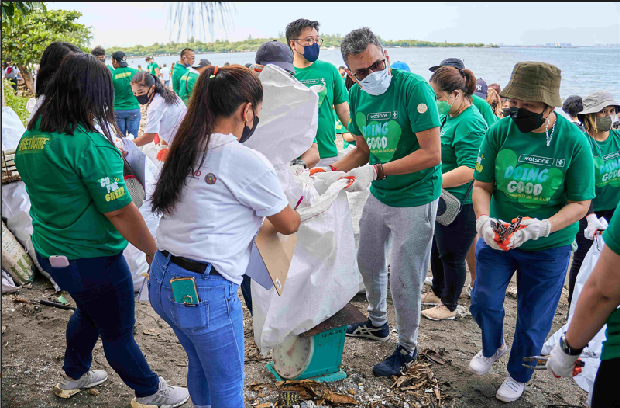 “The coastal clean-up activity is part of Watsons DO GOOD efforts for the ocean. As in all our sustainability programs, we learned that we cannot do this alone.  That is why we have partnered with CORA and the local government and we involved our employees and supplier-partners.  We need to help each other to DO GOOD,” said Viki Encarnacion, PR and Sustainability director at Watsons.

The #CORAcleanUps Program helps remove plastic pollution from our Philippine seas and provides livelihood for the “Bakawan Warriors” waste workers that recover marine debris from Manila Bay and surrounding areas, as well as maintain the biodiversity of the LPPCHEA.

Celebrity and humanitarian Antonette Taus is the founder and executive director of CORA. Designated a Goodwill Ambassador by the United Nations Environment Programme, she has dedicated her life to using her platform to advocate against hunger and poverty, climate change, mental health, plastic pollution, and other global issues. 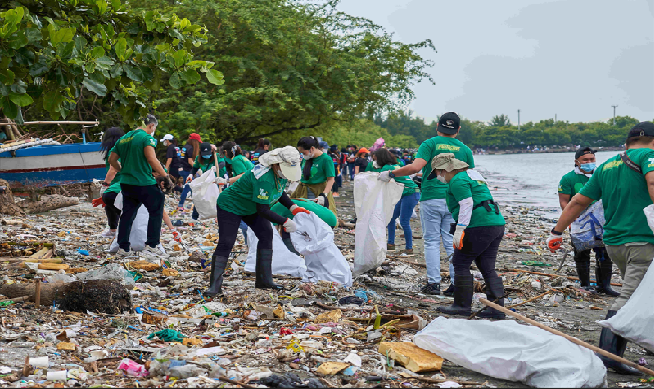 “We are very happy to see a retailer like Watsons be a responsible citizen of the planet and work with us on this clean-up drive. Plastic pollution and mismanaged waste are serious environmental concerns,” said Taus.

Event participants included members of media, bloggers, and influencers, and Watsons employee-volunteers and trade suppliers. The participants took part in a dance fitness warm-up as part of Watsons’ Get Active program before finally getting down to the business of cleaning up. After that, the trash collected was weighed and awards were given to the participants.

“The activity is also Watsons’ way of encouraging our customers to take care of their health and the health of the planet as well.  It’s really Doing Good for you and the planet,” said Encarnacion.